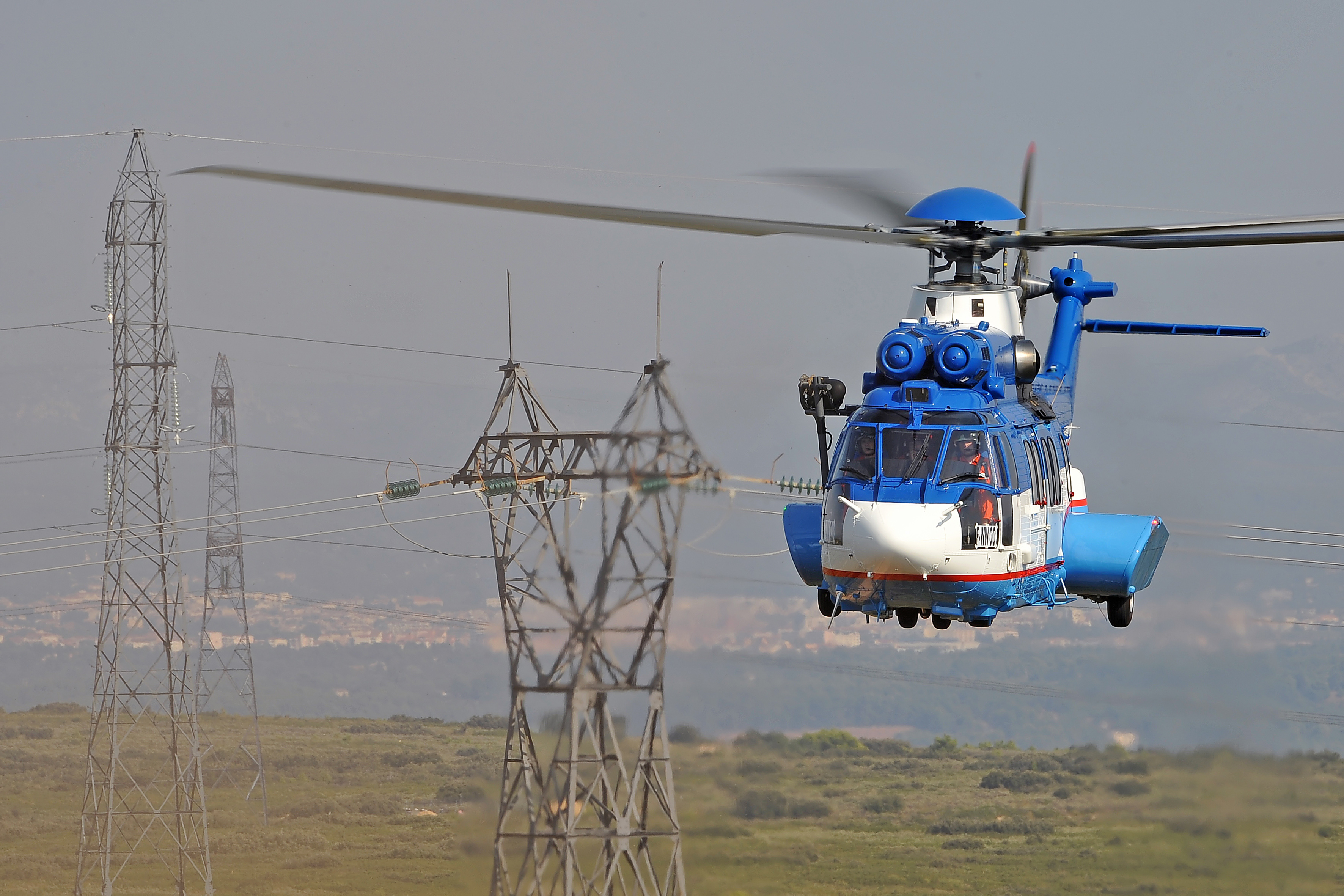 Founded in 2011, AIRTELIS performs heliborne operations for customers in France and abroad. With its new EC225, the company can also count on the competences of RTE to carry out its missions.

Heliborne services and operations make up a separate unit at RTE that is specialized in surveillance, maintenance and construction work on high and very high-voltage power lines. RTE has logged a total of more than 250,000 flight hours – the equivalent of nearly 30 years of uninterrupted helicopter flight.

The 11-ton Eurocopter EC225 can lift loads of up to 4.5 tons for a wide variety of services, such as maintenance and construction work on overhead power lines and airlift support for major infrastructure projects. The helicopter can also perform various types of emergency missions.

This helicopter will offer RTE many advantages. Work will be finished more rapidly, operational costs for each rotation will be lower, and since helicopters don't need any access roads to do their job, the environmental impact will be reduced.

The EC225 will be the first helicopter in the world equipped with an innovative new system that permits its pilot to control the sling used to deploy electrical cables during flight. This system, which is integrated in the helicopter's cabin, was developed by Eurocopter especially for the needs of AIRTELIS. It enables the helicopter to carry loads that have contact with land or water, with their orientation maintained steady beneath the aircraft within a pre-specified cone-shaped deployment zone. The system will guarantee the highest safety levels for Class-C sling operations.

At the ceremony, Philippe Dupuis, deputy director general responsible for finance at RTE and president of AIRTELIS, said: "The progress in development of heliborne operations by RTE has been accompanied by successive generations of Eurocopter helicopters, leading to the acquisition today of the first EC225." – 2 –

"The first EC225's delivery to AIRTELIS once again demonstrates the confidence that our long-standing customer RTE has in our products. This helicopter has been fitted with special equipment unlike any other in the world, designed and developed by Eurocopter in close cooperation with RTE. It will enable AIRTELIS to optimize its construction work on high-voltage power lines, and I am firmly convinced that the excellent relations we have enjoyed over the past several decades will be a source of spectacular new inventions in the years to come," declared Dominique Maudet, Eurocopter's Executive Vice President of Global Business and Services.

The system's Class-C certification is currently being validated by the EASA and will be operational in 2012.

RTE transports electrical power from electricity providers in France and Europe to consumers, whether it be distributors (ERDF and local distribution companies) or industrial customers linked directly to the grid.