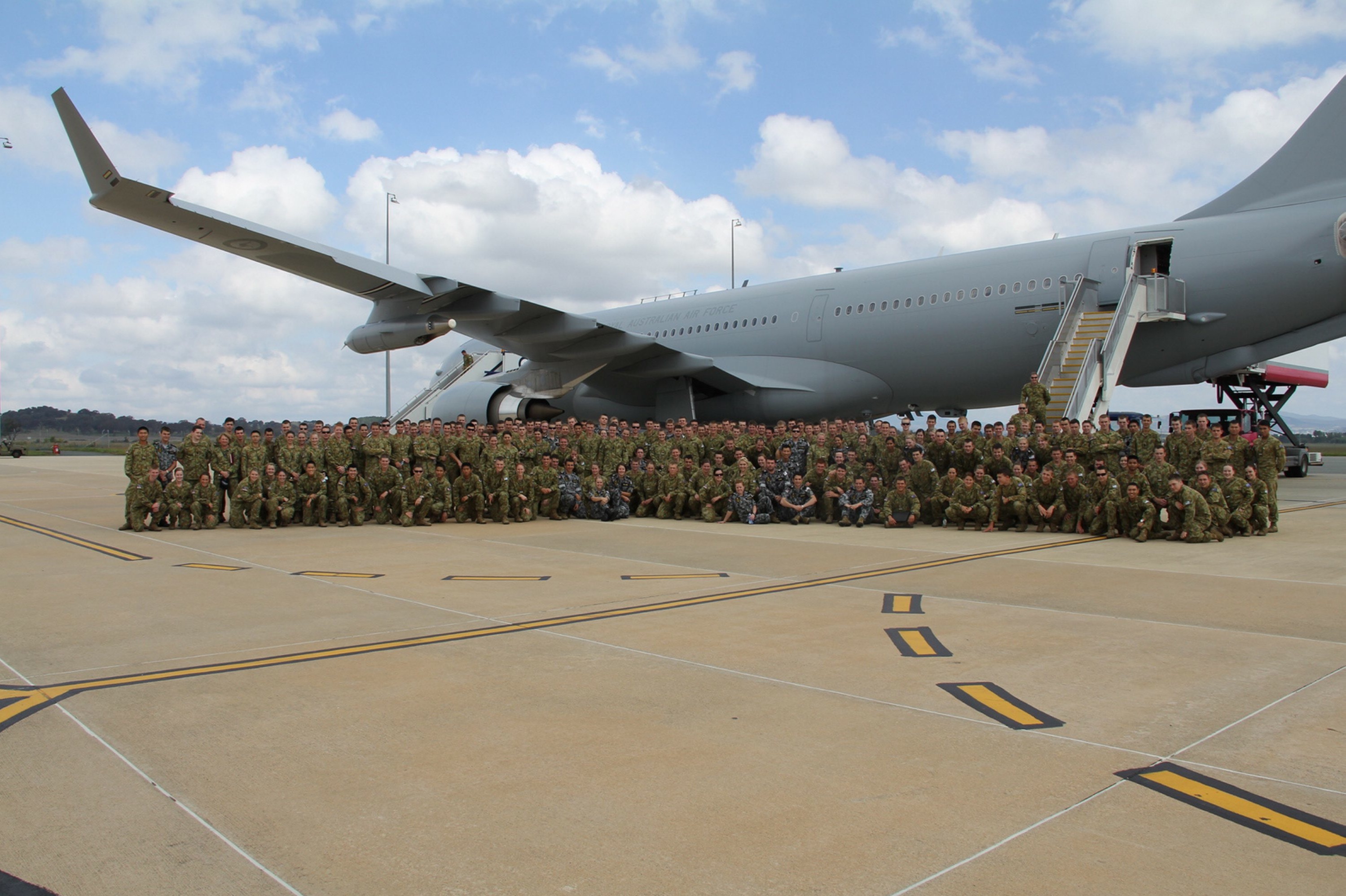 RAAF carries its most passengers ever in A330 MRTT

An Airbus Military A330 MRTT multi role tanker transport of the Royal Australian Air Force, designated the KC-30A, has flown the highest number of passengers ever carried by the service in a single flight.

The aircraft of 33 Sqn, RAAF carried 220 passengers from the Australian Defence Force Academy as well as its 14 crew, on a two-hour flight from Defence Establishment Fairbairn last month.