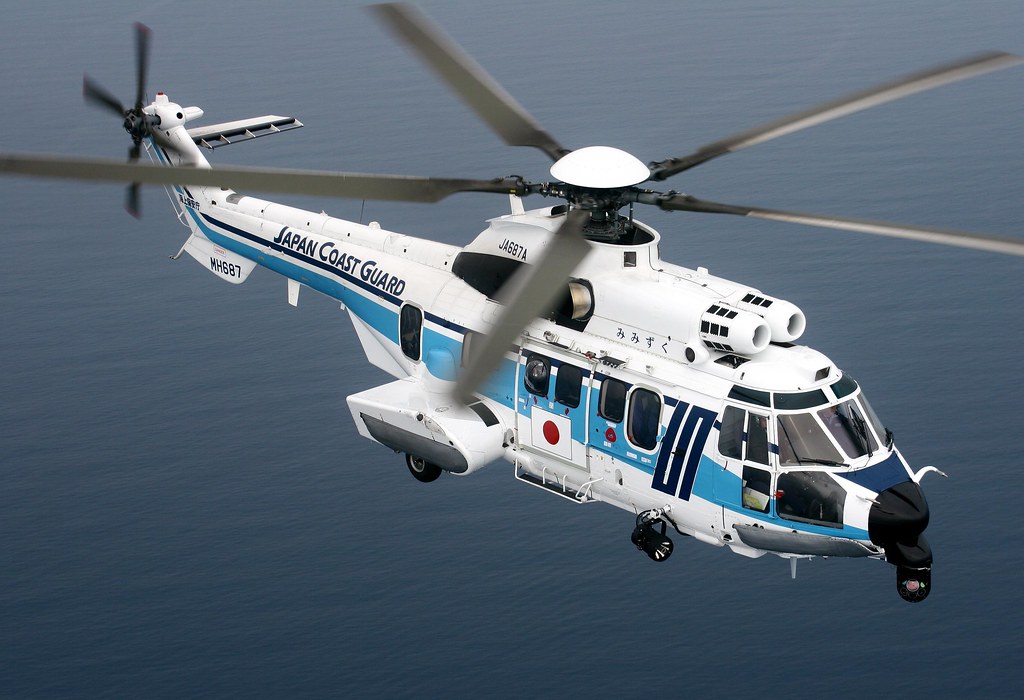 Following intensive relief operations after the Great East Japan Earthquake in March, the Japan Coast Guard, Eurocopter Group and Eurocopter Japan have signed a tripartite contract for the supply of three additional EC225 helicopters to the Japan Coast Guard. These aircraft will be the first civilian helicopters to be equipped with the most advanced mission system, to be deployed for search and rescue as well as law enforcement missions.

Procurement of the EC225s was decided after the Japanese Coast Guard efficiently carried out rescue and relief efforts following the massive earthquake and tsunami that hit the country on March 11, but unfortunately had aircraft submerged during the disaster that were rendered unserviceable. The acquisition will replenish the fleet with new aircraft that have the technology and capability to carry out complex search and rescue (SAR) as well as anti-piracy missions.

"We are very proud to have our helicopters contributing to saving lives every day in Japan," said Eurocopter President & CEO Lutz Bertling. "The Eurocopter Japan team, which provided round-the-clock support to their customers after the Tohoku tragedy, remains totally committed to ensure that the helicopter missions can be performed in the best and safest conditions."

The Japan Coast Guard initially purchased two EC225s in 2006 through an open tender, complementing their AS332 L1 fleet for long range all-weather SAR missions as well as for ship-borne operations.

"The decision by the Japan Coast Guard to acquire additional EC225s this year was taken in view of its new assignment for anti-piracy missions, while also taking into account the outstanding performance of their existing EC225 helicopters – which have been used intensively since delivery, as demonstrated during the disaster relief operations," explained Stéphane Ginoux, President and CEO of Eurocopter Japan. "Together, the service's EC225 and AS332 L1 fleet will be able to continue serving the country and saving lives under severe circumstances."

When the earthquake struck in March and triggered destructive tsunami waves, Eurocopter Japan immediately set up round-the-clock maintenance shifts to support helicopter operations, ensuring maximum availability of the helicopters to perform their missions. More than half of the helicopters used by fire-fighters, police and coast guards during the disaster relief operations were of Eurocopter origin.

Eurocopter's twin-engine EC225 is in the 10-11-ton weight category, and features high-performance navigation and mission systems – including a unique digital autopilot; while also offering excellent flight autonomy and a large cabin with seating for 25 persons. As a result, the EC225 and its EC725 military version have become the reference for civil and military search and rescue, off-shore and passenger transport missions not just in Japan, but around the world.

To date, a total of 240 EC225s and EC725s have been ordered, of which approximately half have been delivered. The annual production rate will be increased by 60 percent over the next two-year period to meet market demand.